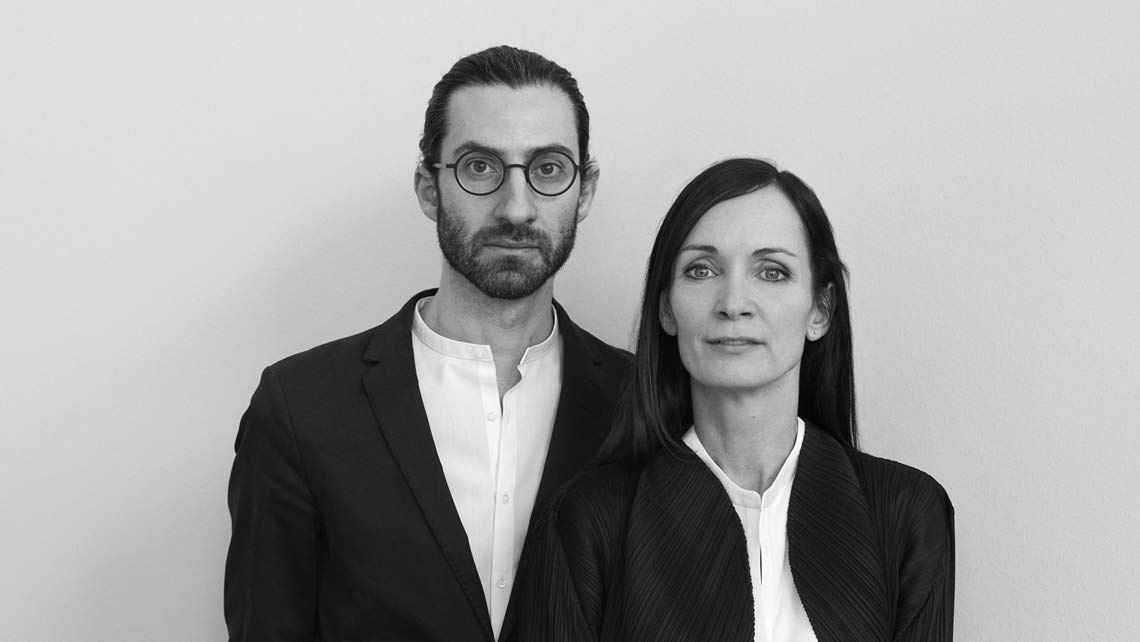 Info:TEL +39 0721 430392
AccadueHome Atelier Home Furnishings Shop.
We offer the best assistance in the choice of design or purchase.

Gam and Fratesi acquired professional experience in several architectural firms in Japan and Scandinavia before establishing their own design studio in 2006. The firm is based in Copenhagen, although Stine Gam and Enrico Fratesi are continually traveling between Italy and Denmark for researching new projects and looking after current ones. Over time they have developed and developed a creative characterization given by the fusion between tradition and renewal, which makes use of an experimental approach to the materials and techniques used. With their dual tradition, Stine Gam and Enrico Fratesi draw on the basis of classic Danish furniture based on craftsmanship, integrating an typically Italian approach to the typically conceptual project. Understanding tradition and actively tackling the creative process in the laboratory are the tools used by the studio to evolve. The result are projects that respectfully respect tradition by incorporating stories, symbols and associations, often expressed through a minimalist idiom.
A recent example is Étiquette, for DePadova. We wanted to create a sofa that had a link with Scandinavian design: not only because it belongs to our history, but also as a tribute to Maddalena De Padova, the first to disclose in Italy, at the end of the 1950s, these hitherto unknown furniture . For this reason the essential structure refers to the classics of Nordic design: removed the soft feather cushions, which make it cozy, only the leather bands and the backrest sticks remain, there is no structure or padded part. The detail that differentiates it from the others is also the backrest, created to be kept visible and not leaning against a wall. So you can freely position the sofa, without constraints, also using it to mark spaces.
Their products clearly illustrate the process and techniques that created it, reflecting a persistent exploration of the border area between harmony and disharmony. The two architects-designers received important prizes and awards, including Elle Decoration International Design Award (EDIDA) as International Young Designer of the Year 2013, Finn Juhl Prize 2015, Guests of Honor 2014 at the Stockholm Forniture Fair 2014, Vico Magistretti Award by De Padova, Chicago Atheneum Museum of Architecture's Good Design Award, Best Danish Designer 2012 by Bolig magasinet, 'Walk the Plank award 2009' and Best Danish Designer 2009 by RUM. The studio's work has been exhibited in prestigious exhibitions including the Triennale and Palazzo Litta in Milan as well as in solo shows at the Museum of Art and Design in Copenhagen. They were also curators of Mindcraft in Milan, Royal Danish Embassy in Tokyo and Design Miami / Basel. GamFratesi collaborates with numerous companies known for the quality of their design such as Cappellini, De Padova, Hermès, Ligne Roset, Porro, Gebruder Thonet Vienna, Fontana Arte, Louis Poulsen, Gubi, Kvadrat, Axor.